Okay, I confess: I was part of an improve story group, organized by Gelati’s Scoop, an exceptional blog by Giovanni Gelati.

I met Giovanni through the internet, and he liked STEAL THE SHOW. When he contacted me about this new venture, I was intrigued. Here’s how it works: 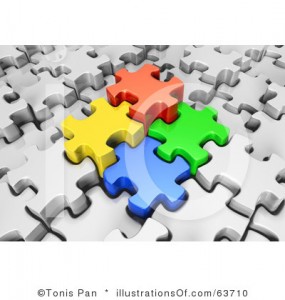 s case me) starts the story with three words supplied by Giovanni.In this case, my three words were: Bar, Dumpster, Library.I had about 90 minutes to write 1000-1500 words, then pass it along to the next sucker – oops, I mean writer.

By noontime the story is finished.The Scoop gets other writers to read it and the authors have a chance to talk on his blogspot radio station.

So, how did I do this? Well, I felt comfortable with these words, maybe a little too easy, I thought.One thing – I’m playing with a new mystery novel, and part of it deals with the main character coming into a strange town. I wanted to use that same idea for this short story.

Have you ever driven across Texas?It is an enormous state, and depending on your route, could easily take you 24 hours to cross.I’ve made this drive at least 6 times, maybe a dozen, and in all kinds of weather. I guess in a state that big, you expect just about anything, including hail the size of footballs (it is Texas, of course).

Once, when I was new in the film business, I had to drive a van packed with lights and camera gear from LA to North Carolina.I got stranded in Texas, the roads were washed out by flooding.The highway patrol made us turn around, so I had a few hours to kill in this little town, the name of which escapes me.But I liked the idea of being forced to stay in one place, to feel as though nature were pressing in, keeping you constrained.So I did a little research and found that Burnet County has been flooded a number of times.

A bit more digging told me that the people in Burnet pronounce the name “burn it.”Too good to pass up, right?In fact, I titled the piece BURN IT (hey, I was the first person to write, so I get the name the story, okay?)

By the time you read this blog it will be available as a Kindle and Smashwords download. Drop me a line and let me know what you think.  If you like it, thanks Gelati’s Scoop.