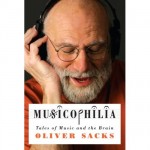 Last year I read a book by Oliver Sacks, it was research for a new Willis Gidney book I am writing titled FACE THE MUSIC.

In case you don’t know the name, Dr Sacks is a neurologist and a fine writer.  His book AWAKENINGS was made into a film with Robert DeNiro , and Robin Williams played Dr Sacks.

Dr Sacks wrote a book about music and the brain, MUSICOPHILIA.  He talks about the human brain’s plasticity, its ability to repair itself, to adapt to circumstances such as stroke.  Music can help guide a patient to a higher quality of life.

But not just any music. No, it has to be music that is especially meaningful to the patient.  For most of us, the most meaningful music of our lives is what we loved when we were teenagers and young adults.

So, for someone born in the 1920’s, it could be the music of Tin Pan Alley. For me, it would probably be the Beatles.

Gabby Giffords is the congresswoman from Arizona who was shot in the head some some crazed killer.  Her wound was in some ways similar to a stroke. She couldn’t speak.  But her favorite song was “Girls Just Want to Have Fun,” and music therapists found that if they sang the start of the song to Ms Giffords, she would join in with them. From this, the therapists were able to help Ms. Giffords begin to recover her speech.

A few weeks after reading Dr Sacks’s book, I was offered a job filming a story about an Alzheimer’s patient named Eleanor, and her benefiting from music therapy.  THe place where this happened is called Centerlight, in the Bronx, and part of the facility houses the Institute for Music and Neurologic Function. This Institute was founded by Dr Sacks and Dr Connie Tomaino.  You can see the finished video here.

Two things were striking: one was the ability of the music therapists to figure out what the important songs were for a given patient. It’s kind of like detective work — often the patient can’t speak, can’t tell the therapist “You know, if you played ‘When Irish Eyes Are Smiling,’ I’d be able to sing along with you.”

So the therapist has to make some educated guesses as to which songs might prove important enough to that patient to have him or her sing along.

The second thing is the change the brain goes through when music therapy is present. Eleanor, the woman I filmed, had been suffering from Alzheimer’s — she was paranoid, agitated, afraid, and had physically attacked members of her family. Once the music therapy began, her behavior changed.  She was much calmer, happier, and her son and daughter-in-law were grateful for getting back someone they loved.

While there’s no cure for Alzheimer’s (yet), we can take steps to make the quality of life better for the victims.  And at the same time, we can marvel at the human brain, and what it is capable of accomplishing.